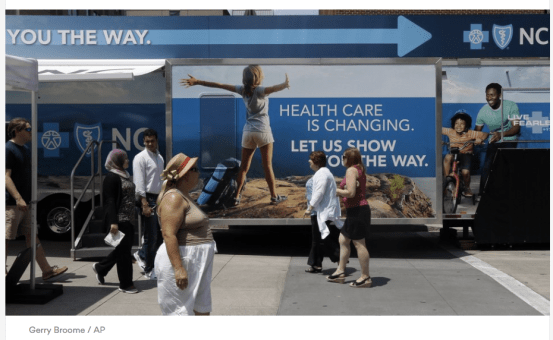 “We reported earlier this month that the large publicly traded health insurance companies have reaped enormous profits so far in 2017. But the not-for-profit Blue Cross Blue Shield plans — the ones that have been the linchpins of the volatile Affordable Care Act marketplaces — have been doing a lot better than last year, too,” writes Bob Herman over at Axios. “In states where a Blue Cross Blue Shield affiliate was the only ACA option, each company turned a net profit in the first quarter, according to an Axios review of financial documents. That’s a big turnaround from last year, when most of them lost money. What it means: The ACA’s individual marketplaces have problems, but they are not in a ‘death spiral,’ nor are they imploding. The latest financial data also indicate that many Blue Cross Blue Shield plans — even the most vulnerable — have figured out how to make money on ACA plans, and illuminate why the entire industry wants to eliminate the ACA’s insurer tax permanently. The lonely Blues states: Five states have just one insurer selling ACA plans this year: Alabama, Alaska, Oklahoma, South Carolina and Wyoming. In each state, that lone insurer is a Blue Cross Blue Shield company. Those insurers have total control over the individual marketplaces, but that means they have to accept everyone — including those with high-cost medical conditions. Yet each of the five Blues scored a profit in the first three months of 2017, and none lost money in the ACA marketplaces, as almost all of them did in the same period last year.” Bob Herman, “Blue Cross Blue Shield insurers are making money on the ACA,” Axios.