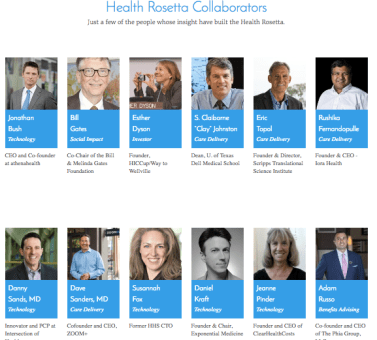 What is this? Dave Chase, a serial entrepreneur with a resume including Microsoft and a health startup or two, has founded Health Rosetta as a nonprofit to further values of openness, actionability and so on.

I’m working with them, as are many others — including those named above, for example a Microsoft founder, the Internet icon Esther Dyson, the awardwinning founder and speaker Eric Topol, the thought leaders John Grohol, the late Tom Ferguson, Leonard Kish, Hugo Campos, Adrian Gropper, Shannon Brownlee and others.

Among my contributions is a chapter for an e-book Chase is publishing.

We’re a collective of people that has seen the future of health in action.
We’re dedicated to making it reality.

Welcome to our party. 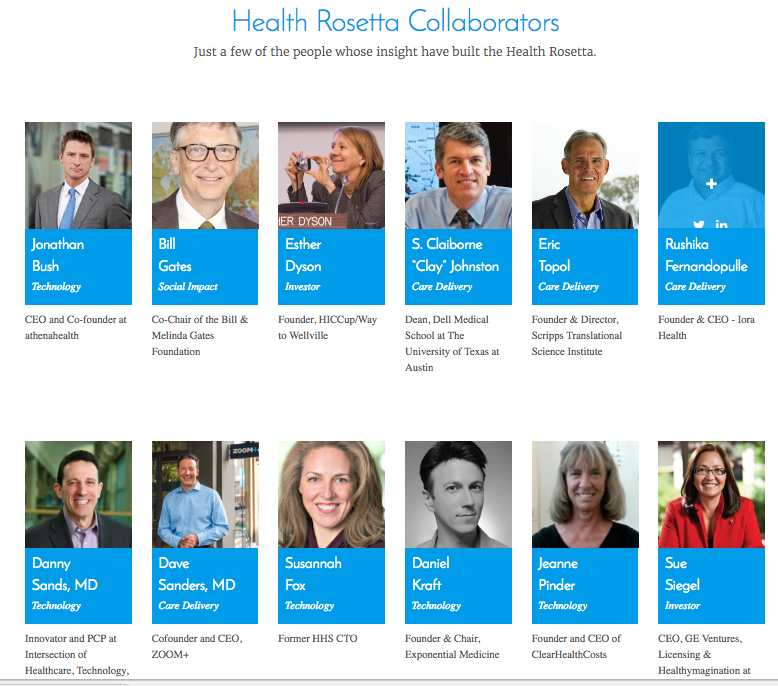