When insurers drop medications for cheap alternatives, the effects can be devastating for some patients: Philly.com 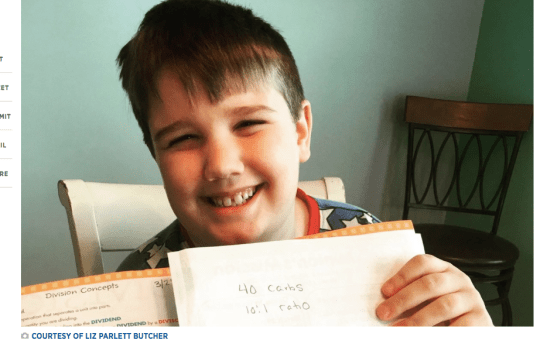 “Splashing around in the pool, skin slick with sunscreen, Shane Butcher was a normal 9-year-old kid on a perfect summer day. And then he wasn’t,” Sarah Gantz writes over at The Philadelphia Inquirer. “He floated toward the edge of the pool, energy suddenly replaced by a vacant expression, his blood sugar plummeting so low he didn’t respond when his mother screamed his name. Constant vigilance over blood sugar levels is routine for children with type 1 diabetes and their parents. But one of Shane’s insulins had recently been replaced with a new brand because of shifting insurance rules. Ever since, the formerly easy undulation of his sugar levels had turned into an unpredictably wild ride. Shane’s parents pulled him out of the pool, pumped him full of sugary juice, and when his blood sugar tested low again, squirted more down his throat. Out of other options, Liz Parlett Butcher raced to retrieve a vial of glucagon, a hormone the pancreas normally reduces when insulin is too low. She injected it into her son’s upper arm, and he came back. ‘It was the most traumatic and godawful experience,’ she said of the episode, still fresh in her mind even after a full year. As drug prices continue to rise, insurers and the pharmacy benefit managers (PBMs) that handle medications for many health plans are aggressively exerting control. Hundreds of drugs have been dropped from insurers’ lists of covered medications in favor of cheaper alternatives, such as a new generic or a competing brand offered at a steep discount. Pricey drugs that remain on insurers’ formularies often can be had only after patients try cheaper ones and can prove they aren’t working as well, a process called step therapy. ‘There’s a growing arms race between the pharmaceutical industry and the insurance industry,’ said David Whitrap, a spokesman for the Institute for Clinical and Economic Review in Boston. ‘Patients can sometimes get stuck in the middle.’” Sarah Gantz, When insurers drop medications for cheap alternatives, the effects can be devastating for some patients,” The Philadelphia Inquirer and philly.com.